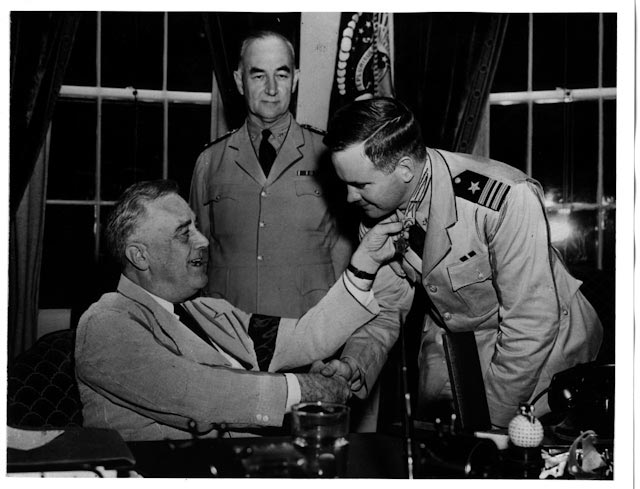 After struggling against great odds to save the Philippines from Japanese conquest, U.S. General Douglas MacArthur abandoned the island fortress of Corregidor under orders from President Franklin Roosevelt. Left behind at Corregidor and on the Bataan Peninsula were 90,000 American and Filipino troops, who, lacking food, supplies, and support, would soon succumb to the Japanese offensive. After leaving Corregidor, MacArthur and his family traveled by boat 560 miles to the Philippine island of Mindanao, braving mines, rough seas, and the Japanese Navy. At the end of the hair-raising 35-hour journey, MacArthur told the boat commander, John D. Bulkeley, “You’ve taken me out of the jaws of death, and I won’t forget it.”  The commander of PT-Boat 41, Lieutenant  John Bulkeley, was later awarded the Congressional Medal of Honor (picture above) for his daring torpedo-boat attacks on the overwhelming forces of the Japanese Navy around the Philippines in World War II.  MacArthur once described him as "that bold buckaroo with the cold green eyes." Bulkeley was also at the vanguard of the Normandy invasion in 1944, leading a fleet of 110 mine sweepers and torpedo boats  rescuing survivors of sunken ships, and clearing the lanes to Utah Beach. After invasion operations wound down, he received command of his first large ship, the destroyer USS Endicott.  One month after D-Day,he came to the aid of two British gunboats under attack by two German corvettes. Charging in with only one gun working. he engaged  both enemy vessels at point-blank range, sinking both. When asked, he explained, "What else could I do? You engage, you fight, you win. That is the reputation of our Navy, then and in the future." Bulkeley was  awarded the Navy Cross, two Silver Star Medals, two Legion of Merit awards and the Purple Heart.  Promoted to Rear Admiral by President John F. Kennedy, who commanded PT -109 during WWII, he was dispatched to command Guantanamo Bay Naval Base In Cuba, where he met Cuba's threat to sever water supplies in response to the Bay of Pigs Invasion and other assaults by ordering the installation of desalinization equipment to make the base self-sufficient. Bulkeley signed this Japanese Occupation currency, "JOHN BULKELEY, CORREGIDOR, MARCH 11, 1942, PT 41. 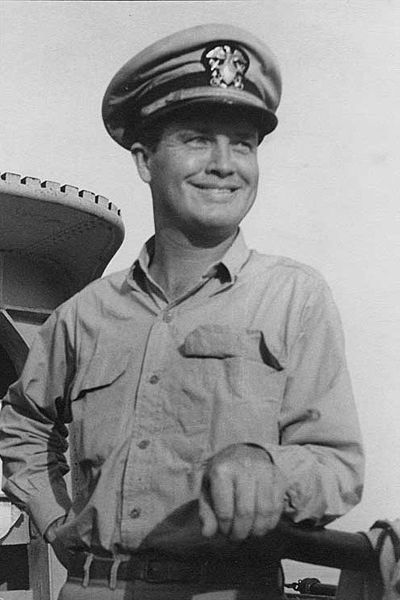 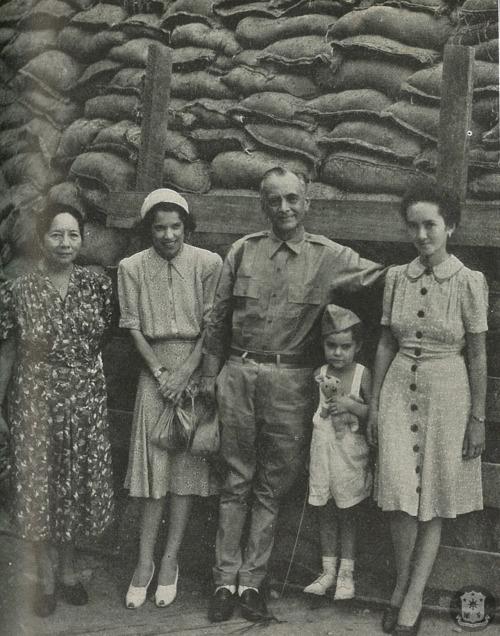 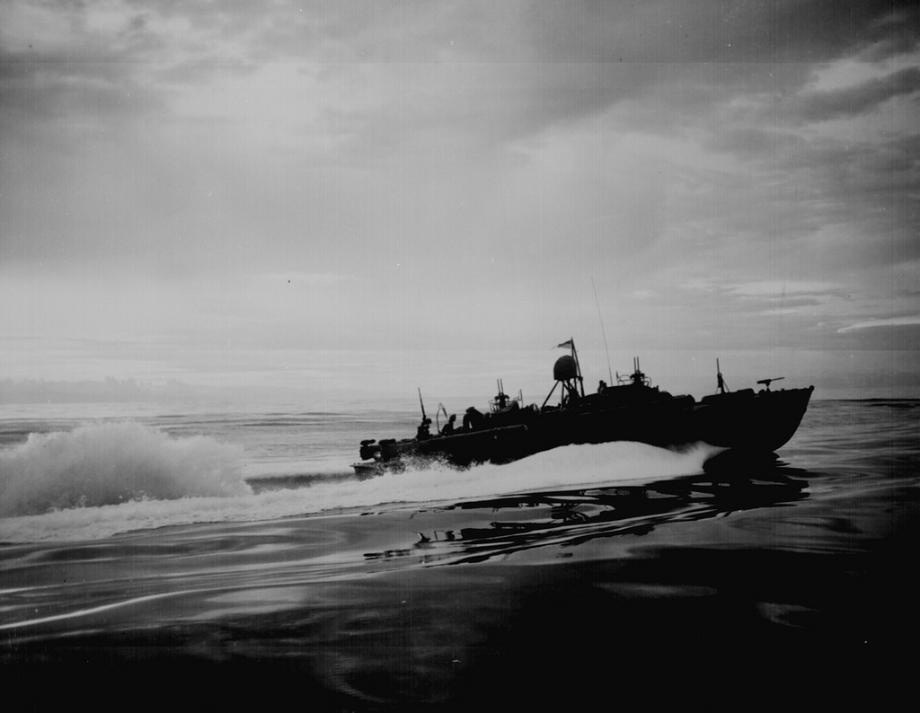